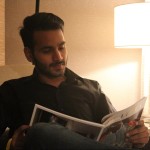 Scotch whiskey is basically a malt whiskey or grain whiskey, which is made in Scotland. Scotch whiskey must be made in a manner which is specified by the law. As per the latest report, there were 133 scotch whiskey refining which is operating in Scotland. The best thing is the original Scotch whisky was made from malted barley. After many researches finally, Here is the final list of the most popular ,original and best selling brands of Scotch Whisky available in India.

Glenfiddich is one of the most popular branded scotch whiskey in world . It is also the most awarded single malt scotch whiskey in whole world. Isn’t a great achievement for it? It is produced by the William Grant & Sons. The best-selling single-malt scotch whiskey is produced at Scotland and it is also known for its marvelous taste. There is one more proud moment for Glenfiddich  is, when a bottle of Glenfiddich Janet Sheed Roberts Reserve 1955 was sold for USD 94,000 in 2012 at an auction which is in New York and it was the one of the most expensive bottles of whiskey to have ever been sold in world.

Glenlivet distillery is produces single malt Scotch whisky from Scotland which is now owned by The famous Pernod Ricard. The Scottish whisky is one of the most selling single malt whisky brand in the United States and it is also an one of the biggest selling brand in whole world. I promise you It is a very good whisky you can easily enjoy it, but it is not one which I want in my glass on a regular basis but it is Just an occasional one. Overall Glenlivet 12 is simple, tasty and branded completely worth the price.

Black & White blended Scotch whisky is produced by a Diageo. It is known as one of the best whiskies of the Scotland ever. Diageo’s beverage brands includes Smirnoff, Johnnie Walker,Baileys Irish Cream, Royal Lochnagar, Glendullan distillery and many more. Black & white claims to be the most successful  whiskey in  France, Venezuela, and Brazil.At present time, the brand is sold only outside the United Kingdom.

Ballantine’s is produced by Pernod Ricard and it is blended with fifty single malts in Dumbarton. The blended scotch is second highest selling Scotch whisky in the  whole world and  also it is available in range of seven expressions.

Macallan is one of the top Single Malt Whisky from the Edrington Group .It is the third largest selling single malt whisky brand in the whole world. The best thing of this the Macallan from Highland Distillers is matured only in oak sherry casks.

Bells is a brand of blended Scotch whisky.It is the best selling whisky in the whole UK, which is now owned by Diageo. The Bells brand of whisky has one of the top markets in UK, Spain,  and in India .

J&B Scotch whisky is a top brand from London distilled in Scotland .It is carefully blends with 42 single malt and grain.Now  It is one of the best selling blended scotch whiskey in the world after the Johnnie Walker.

Jura Single Malt Scotch Whisky is from one of the best wildest place of Scotland is owned by Whyte & Mackay. The distillery on the island of Jura .which produces one of the best top alcoholic beverages, Whyte & Mackay whisky brands sells Single Malt and Blended Scotch whiskies in all around the world, they have many popular brands including Vladivar Vodka, Fettercairn, Dalmore and Jura.

The Best Wireless Bluetooth Speakers Of 2021